The impact of Brexit on energetics and climate change policy

Over the last years, the UK has been one of the most active European Union Member States in climate change policy and energy talks and it has often led the way forward. Some policies successfully implemented by the British legislation were later proposed by the European Commission for all the EU Member States to adopt. But on the 23rd of June, the UK voters declared against the membership in the community.

In this article I do not mean to argue if the UK would be better off if remained as a Member State of the European Union. There is no more sense in doing so, the aim is to inspect the impacts of the result of the referendum on energy industry and the climate change talks and to introduce possible scenarios of evolution of energetics and climate policies in the UK. How the decision taken by the British voters has affected energetics and climate change policy in the UK and Europe? What are some possible outcomes of the result of the referendum in these fields in future?

A common point of view after the referendum was that Brexit will not change much in the UK energy policy. After the result, the price of oil slightly decreased, but has regained its value soon. On the 6th of October the WTI has hit the $50 mark for the first time since Brexit. Brent Crude has climbed up to $52 a barrel. Yes, 'price of energy commodities is set by international markets, not by the institutions in Brussels. Moreover, the EU has never had an authority to determine the energy mix’ of each and every country, wrote[1] earlier after the referendum result Nick Butler, the regular correspondent of the Financial Times on energy. The ‘energy union’ is more about the infrastructure and cooperation within states.

According to many, the impacts of Brexit will not be seen until the end of negotiations that will redefine the relationship between the UK and the EU. Such negotiations should take at least two years as the situation is unprecedented – no country has ever left the European Union. By all means, it will take a long time to set up a new relation between the UK and the EU. It is also true, that we shall understand the real impact of Brexit after these talks. But the referendum proved also some immediate impacts.

One of the fastest impacts has fallen on the British currency. The pound sterling has experienced a huge drop since the announcement of the result of the referendum. Economically, Britain has already suffered and will still suffer consequences.
European Union Emissions Trading System (EU ETS) is considered a powerful tool to combat the climate change and to reduce Greenhouse Gas (GHG) Emissions. But it needs to be efficient. The system is not enough responsive to economic shocks that could affect the price of carbon, which needs to be more or less stable, otherwise companies cannot work with the price of carbon. Uncertainty over time is a nightmare for investors. On the 15th July 2015, the Commission presented a second proposal to reform its ETS.
Following the result of the referendum, British MEP Ian Duncan tendered his resignation as rapporteur of the ETS reforms. This should not make negotiations of so needed reform easier.

What is even more serious is that it is still not clear whether or not the UK will be a part of the EU ETS. Britain is the second-largest emitter of greenhouse gases in Europe and the carbon market would not be as efficient without it. Its utilities are among the largest buyers of permits in the EU's ETS, which charges power plants and factories for every tonne of carbon dioxide (CO2) they emit,”[2] wrote Reuters. "We are now faced with the real possibility Britain could leave the ETS, which would be hugely bearish, not just on the supply/demand side but for the wider hopes for strong market reforms post 2020," a carbon trader said for Reuters.[3]

Energy industry seems to be most affected by the result of the referendum. Both camps claimed that their position would keep the prices of energy bills lower. But as an independent report commissioned by the British power and gas grid operator National Grid states, “leaving the EU could cost the U.K. up to £500 million per year in the 2020s, as a result of uncertainty over energy and climate investments.”[4] Britain has also become more dependent on energy imports from and through Europe. “In fact, the UK is the only one of Europe’s five biggest energy users to be increasing its reliance on imported energy.”[5] It is simply not possible for the UK not to be part of the European energy market. And Brexit will certainly not make using inter-connectors with the continental Europe cheaper.

Chatham house has published an interesting paper with possible scenarios on post-Brexit energy solutions. The model that follows the case of Norway would involve membership of the European Free Trade Association (EFTA) and the European Economic Area (EEA). This solution would be “the least disruptive, enabling continuity in energy market access, regulatory frameworks and investment; however, both would come at the cost of accepting the vast majority of legislation while relinquishing any say in its creation,”[6] stated the report. Britain would still have to accept the ‘four freedoms’ of the EU Single Market including that of people which has been the most problematic. It is therefore unlikely that the government will choose this option. Economically it would be the most desirable, but politically absolutely not attractive. The Switzerland, the Canada and the WTO models seem more realistic since they offer “the possibility of greater sovereignty in a number of areas, such as buildings and infrastructure standards as well as state aid. None the less, each would entail higher risks, with greater uncertainty over market access, investment and electricity prices. These models would reduce or even eliminate the UK’s contribution to the EU budget, but would also limit or cut off access to EU funding mechanisms.”[7]

Generally speaking, whatever the case, it has stated that all Brexit models would undermine the UK’s influence in international energy. It seems that regardless the chosen scenario, there will be a price to pay.
Some have suggested, that the UK’s vote in June will question EU’s climate change policies that the UK had to implement as a Member State. This might be true. Nevertheless, already since 2008, the UK has implemented the legally binding ‘The Climate Change Act’ on a national level. Furthermore, “the act commits the UK to reducing emissions by at least 80% in 2050 from 1990 levels,”[8] which is the same as the European Commission’s ‘2050 low-carbon economy’ target. The government has also already adopted the “fifth carbon budget” which implies reducing carbon emissions by 57% by 2030 on 1990 levels. That is tougher than the carbon emissions target the UK is signed up to as part of the European Union, which requires a 40% cut by 2030 on 1990 levels.[9] The ‘fifth carbon budget’ is an important intermediary step towards the ‘The Climate Change Act’ target for 2050. “To fulfil our carbon commitments, and just as importantly, to make the most of global market opportunities, we need to put strong and stable Government policy on energy efficiency centre stage. The Carbon Plan later this year must provide businesses with the confidence to invest in low carbon technologies and new business models which can deliver a low carbon built environment,”[10] wrote for Blue and Green Tomorrow, John Alker, Campaigns and Policy Director at UK Green Building Council.

Put simply, even if after the negotiation talks, the UK disengage completely from the EU legislation, it would not affect its own climate policy legislation. Moreover, Amber Rudd, secretary of state for energy and climate change announced after the vote: “We made a clear commitment to acting on climate change in our manifesto last year. That will continue.”[11] On the other hand, what is clear is that Brexit will make it harder for the UK to play its role in acting on climate change.
The preoccupations that the UK’s vote to leave the EU will slow down the process of ratification of the Paris Climate Accord also did not prove justified as on the 5th October, the threshold for entry into force of the Paris Agreement was achieved.[12] In order to push forward the ratification of the Paris Agreement, the European Commission begun the legislative process needed for its ratification by the Member States even before the referendum.

The ‘fifth carbon budget’ will certainly not be easy to fulfil. “It will oblige the UK to decarbonise its existing electricity output not only very substantially but also much more quickly.”[13] That also might be of the main reason why Theresa May finally moved on the long postponed decision for the Hinkley Point.
Energy security was at the centre of the Brexit energy debate. Increasing imports from abroad raises more of such questions, with slightly more than 50%[14] gas imports and still some coal imports from Russia. The British are aware of the issue and they try at least avoid putting more at risk its energy security. It was last year when “the UK itself discouraged Russian investors who wanted to trade into North Sea oil and gas assets. The legality of the issue was never tested because the investment plans were withdrawn but the result was important because of the signal it sent,”[15] wrote for the Financial Times Nick Butler on the 3rd October.
The new nuclear power project near Somerset, with the major investor EDF, might be very expensive, “it would be selling power at a guaranteed price of more than twice the present wholesale level. What’s more, that deal will run, indexed, for a full 35 years,”[16] but it still offers more energy security. With increasing concerns about the issue, it will be interesting to observe what will become with the still uncertain ‘Chinese’ project in Bradwell, Essex.
For many, an energy security argument is the reason why the UK should reconsider the possibility of exploiting its shale gas reserves, especially after the arrival of the first shale gas shipment of the US shale gas. Advocates of fracking have accused British and Scottish politicians of hypocrisy, “for relying on US shale gas supplies to keep Grangemouth [a mature oil refinery complex, author’s note] open while blocking local exploration.”[17]

By all means, Brexit has raised energy security questions that will need to be answered. 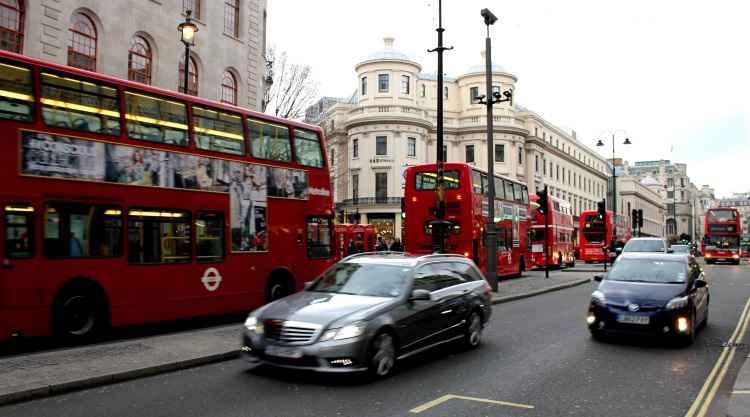